I’ve got a brandy-new scope, a Celestron NexStar 8 SE… so of course it has been raining or overcast every night since I bought it last week.

The good news is that I got the scope-to-Starry Night interface working, so once the scope is aligned I can use Starry Night to slew it. I’m really excited about the tracking features on this scope – should make both observing and photography much easier.

More detail when the clouds clear… 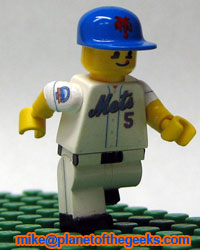 Up to now I’ve painted everything by hand, but the pinstripes, logo, numbers, etc were just too detailed so I decided to give decalling a try. I used MicroMark clear inkjet decal paper.

You just print the decal right onto the paper and give it a clear coating (MicroMark sells some special decal stuff but I just used Krylon clear matte spray). After that you apply it like a regular water-slide decal. After the decals dried I painted over them with gloss varnish to match the lego sheen. It was easier than I thought, and I’m pretty happy with the results.

Now that I’ve done Wright, I have a uniform template I can use to make other Mets really easily. All I have to do is change three text layers (front number, back number, and name) and I’m ready to go.

Really the only problem I have with it is it raises the Minifig Race Issue. If I were to make Reyes, if I used a regular yellow head, it would look weird and I don’t think he’d be identifiable as Reyes. But if I use a darker skin color for Reyes, then yellow becomes “white” and now Wright looks weird. 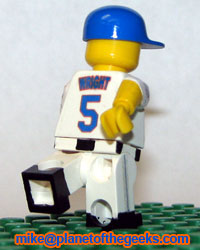 I went through this same mental dilemma when I was thinking about making Firefly minifigs and I never resolved it (or went forward with the Firefly stuff).

I’m not sure what other customizers do. One guy who makes Halo minifigs uses yellow for everyone, but the Sarge just doesn’t look right to me.

Maybe if I continue I’ll go back and redo Wright with pink skin, but as a standalone piece I like the way he came out.

Took this from our balcony in Phoenix last week. You can see the moon, Jupiter (top left), Venus and Mercury (bottom right), and Earth. That’s a personal best for most heavenly bodies in one shot! I’m not a real photographer so I sort of didn’t know what I was doing with my camera settings. There’s no filters on any of these, just varying exposure times.

Here it is starting:

Here’s one very near totality. You can also see Saturn (bottom left) and Regulus (above the moon).

I kept running in and out of the house. I was too cold to keep taking pictures all the way through. Here’s the last one I did before zooming out for the moon & saturn pic above. 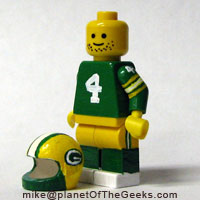 I put this together for someone at work who’s a huge Favre fan.

To be honest, I’m not very happy with the helmet, specifically the face mask. I had tried slicing the chin piece in half on another helmet, to make it look like the bars of the face mask but it didn’t really come out right. Maybe on the next one I will cut the chin piece off entirely and make it out of wire.

I did a lot of googlage before starting this project, and I haven’t been able to find another customizer who’s made a minifig football helmet, which is pretty surprising. Maybe one of the knockoffs like MegaBlok or Best-Lock makes one.

Mars is on its closest approach for the next 9 years, so I checked it out a few nights ago. They aren’t kidding when they call it the most disappointing object in amateur astronomy. I hoped that computer enhancement would help out a bit, but not much.

As always, gear was an Orion XT8i scope and NexImage camera. This is not natural color, it was shot through a red filter. You can make out some of Syrtis Major and maaaybe some south polar ice cap but that’s about it. Oh well. Still, I can cross Mars off my list. 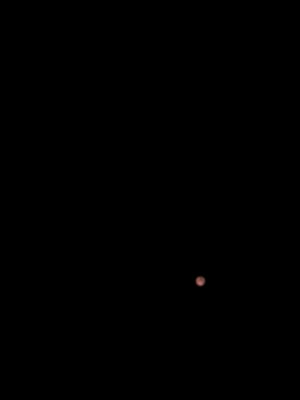 So, I was complaining about how I was out of room on my workbench and had no real room to expand. Kathy’s response: why not rearrange this stuff like this, do this, and take over the whole other side of the basement instead? Woo hoo! 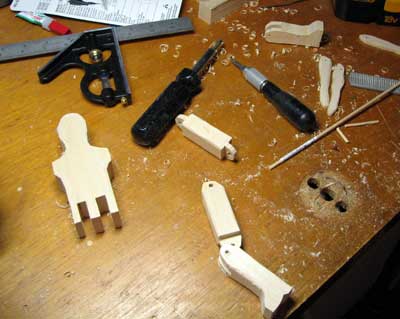 The last project I did before rearranging was a limberjack, an Appalachian dancing puppet. (You may recognize him from Mister Show if nothing else.)

I’ve been interested in wooden automata for a while, and the book Making Mad Toys & Mechanical Marvels in Wood

has some great full-scale plans.

The first project in the book is a limberjack, so I thought I’d give it a shot. It turned out to be an excellent introduction to the whole process, from transferring the pattern, planning the cutting, and assembling. 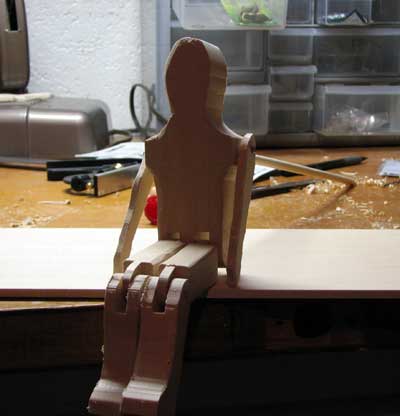 Using the scroll saw, it took a loooong time to cut the pieces from such thick wood, even though it was just soft basswood. Although he’s a bit rough, I really like how he came out. I was especially proud of the joints. As soon as he was finished, I put on some good bluegrass and let him dance!

After that project, it took several months of weekends to get everything moved around the way I wanted, but it’s finally done. Instead of one workbench jammed in between the beer fridge and the electrical panel, I’ve got 2 workbenches and a sit-down worktable. That gives me enough room to get a couple power tools in and star doing a little more complicated work. Kathy got me a bandsaw for my birthday, and my dad is giving me his old table saw. We also had some additional outlets put in, and some overhead lighting so I can finally see what I’m doing.

It’s really exciting, and hopefully I can do justice to all this new potential. I want to start off with some simple wooden toys, and continue looking into automata. Now that I can use the bandsaw to rough stuff out, I hope to be able to get more done, quicker. I also want to learn more (well, anything) about electronics and do some simple projects, and, and, and… 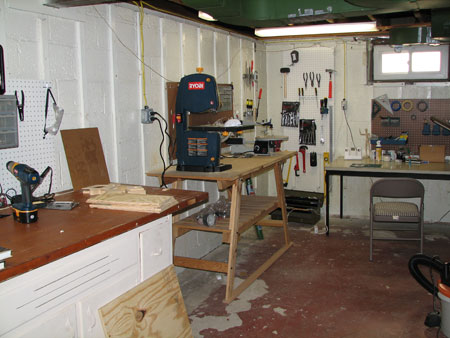 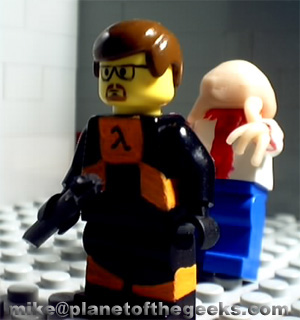 In my ongoing quest to at least try almost every MMORPG that comes out (except Star Wars Galaxies), I tried this a couple months ago and hated it but I figured I would give it another go. I had made a dwarf guardian the first time, and the first rat-killing type quest really got to me. I didn’t make it past the first hour.

This time I created Tanru (human captain) on Silverlode. I don’t know if the Bree quests are just way better than the dwarf quests, but I like it sooo much better than the first time I played.

I’m digging the game. Maybe the starter human stuff is just better than the starter dwarf stuff, or I just wasn’t in the right mood when I tried it the first time. The story is excellent and makes you feel like you are part of the War of the Ring. The detail in the world is amazing, and there are lots of familiar landmarks to visit.

On the surface, the mechanics are basically WoW with Tolkien skin, but there’s a lot of good stuff underneath.

I really like the traits, titles, deeds, etc, which give you something to do when you don’t feel like working a specific quest. It really rewards people who just like to explore, which is excellent.

The PvP mechanics are interesting too. Once you hit level 10, you get to engage in “Monster Play”, which gives you a 50th level goblin, orc, uruk, spider, or warg character to play as an enemy for high level PCs to fight in the Ettenmoors.

I still think the classes are screwy, but I’m enjoying my character so far. There’s a 7-day free trial available here, so give it a try, create a character on the Silverlode server and look me up!

Yes I am a lazy blogger lately. But my sense of honor compelled me to note that Microsoft has un-flip-flopped: repairs on launch 360s are once again free, and they are refunding repair fees previously paid. Yesterday my refund check arrived. Now to convert that check directly into a new game…