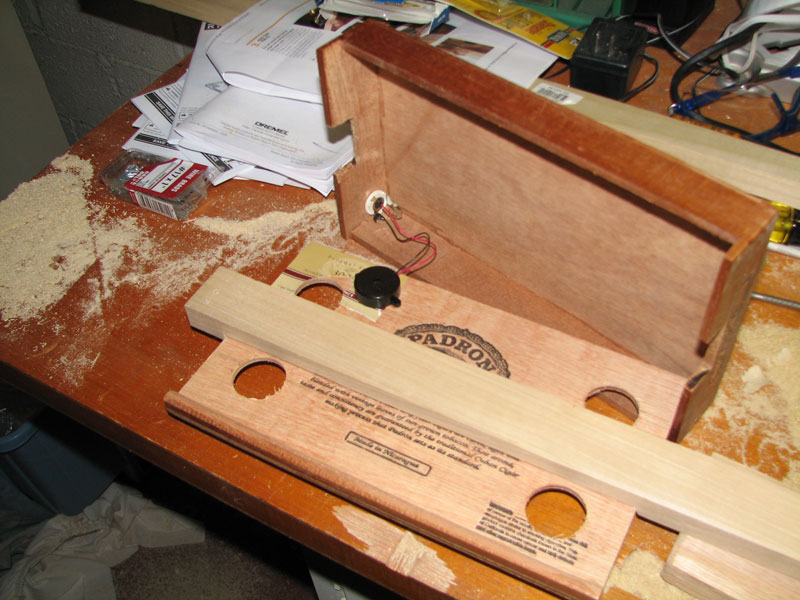 A couple weeks ago I decided to make a second cigar box guitar. This time I followed the plans from CigarBoxGuitar.com. It was more complicated than the MAKE magazine version I made previously. The neck runs through the box rather than just being glued to the top. I also decided to use real strings and tuners, and make it electric.

Hooking up the pickup was ridiculously easy. I took a Radio Shack piezo buzzer, hooked it to a 1/4″ input jack, taped it together, and that was it! Before installing it into the guitar I plugged it into my amp to make sure it the connections were good, and everything worked fine the first time.

After I supressed the urge to smash the whole thing, I re-drilled the holes for the tuners where the nut was, and re-filed the groove for the nut further down the neck. That worked out fine, and the project was saved (whew).

The action is still high but it sounds good and is definitely playable. I’ll have to make a clip of Jack or Joe playing it and post it. 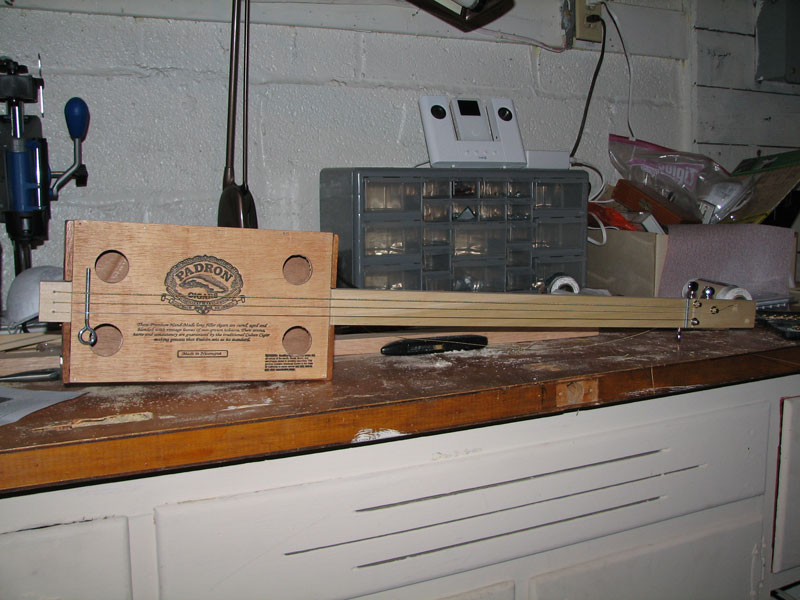 I just realized I skipped Houses of the Holy in my Listen to Every Led Zeppelin Album In Order Project. Now I have to start over.

*Side note: Although this is not valid in Scrabble, AARGH, AARRGH, and AARRGHH are all OK.