Stop the presses, the official decision has been made, and Pluto is no longer a planet (so neither are Charon, Ceres, and UB313).

I feel bad for the UB313 guy, he seemed so jazzed about it becoming a planet.

According to Bad Astronomy (source of the image below), the International Astronomical Union is expected to announce this week that Pluto is still a planet, along with Charon, Ceres and 2003 UB313 (sometimes called “Xena”).

OK, I took some compound-word related liberties there, but it works. See? Simple! Schoolchildren of the future, I accept your thanks. 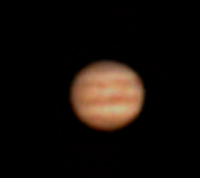 I was playing Dead Rising last night and I got killed. The screen comes up and says

I didn’t want to play anymore so I picked “SAVE & QUIT”. Well, guess what. That doesn’t mean what it means in other games. In THIS game, that means “save the PROGRESS of my character, but I want to start the whole game over from the beginning”.

Other than that complaint and the fact that there is only one save slot(!) I like the game a lot. It’s in my “sweet spot” challenge wise, not too easy and not too hard.

I like how you unravel the story as you go along. Also, i think the “levelling-up” mechanic is very clever: you’re a photojournalist so the way you level up is by taking awesome pictures.

Putting yourself in dangerous situation and then getting the shot gets you a lot of points. There are also “photo ops” that pop up for just a few seconds, like when 2 people are reunited etc, those are TONS of points if you catch them.

So I was walking to work from the subway this morning when a woman turned to me and said “Excuse me?” Thinking she was going to ask directions, I stopped.

I was kind of stunned for a second. She didn’t look homeless or like a crazy person. I rubbed my chin, said “Hmm!” in what I hoped was an interested way, and moved on.

I just played the demo for Dead Rising and it is great!

It’s basically “Dawn of the Dead, the game”. As a matter of fact there is a big disclaimer at the beginning that says “This game has nothing to do with George Romero’s Dawn of the Dead.” Anyway, there’s hundreds of zombies, and you’re in a mall.

The fun part is that you can pick up just about anything and use it as a weapon. There’s lots of actual weapons lying around for you to find but tons of “improvised” weaponry as well in all the stores. You can throw CDs like shuriken, break open a jewelry case and throw the gems. Pick up a cash register and hurl it. Swing an acoustic (el-kabong!) or electric (spaaang) guitar. You can ride a skateboard or push a shopping cart. I’m sure I only scratched the surface in my time with the demo, but each weapon has a distinct animation and feel to it.

You can also try stuff on in the clothing stores which is pretty funny.

It looks like this game will be a great “sandbox” to just run around killing zombies in, but there is also a story, and the demo indicates that as the game progresses you will be unravelling the mystery behind the zombies.

Definitely getting this when it comes out next week. Braaaaains.